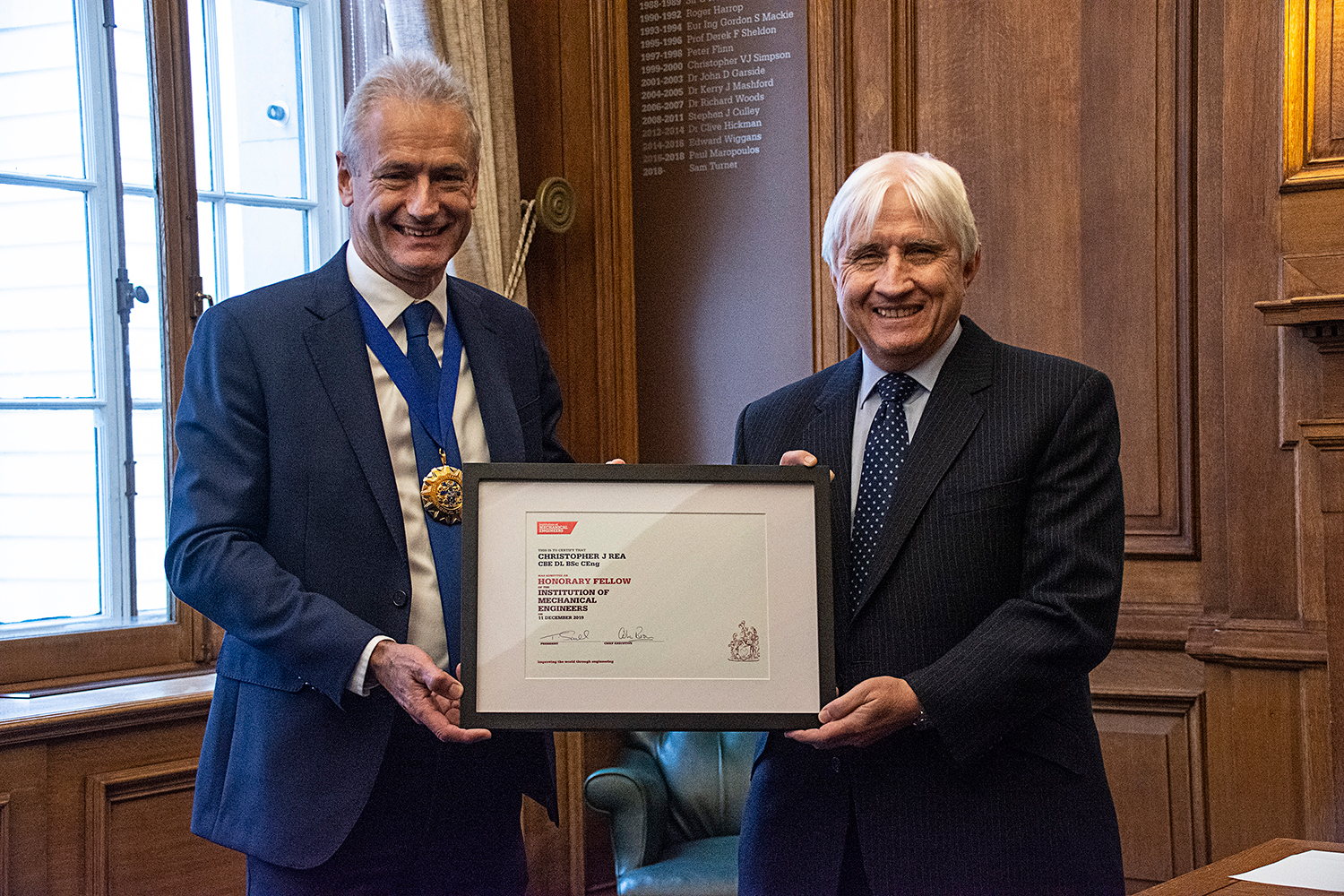 Chris Rea, Managing Director of Rotherham based AESSEAL plc, has been awarded an Honorary Fellowship by the Institution of Mechanical Engineers (IMechE).

It is the organisation’s highest accolade and makes Chris one of an elite group of people who were already Fellows prior to becoming an Honorary Fellow.

The Honorary Fellowship recognises how Chris has grown a small mechanical seals design and manufacturing business with a staff of just five in 1979, to a global group of companies, AES Engineering Ltd, which now operates in 230 locations worldwide, with 1,700 employees and annual sales of £191m.

Dr Colin Brown, Chief Executive of IMechE, said: “Chris has chosen an inspirational career route, being both an economist and engineer.

“His skills and business acumen are shown in how he grew AES Engineering to become a leading manufacturer, developing UK engineering excellence while at the same time promoting a wider interest in science and technology in Yorkshire.”

Chris gained a degree in Economics from Queen’s University Belfast before later qualifying as a Chartered Engineer with the Institution.

He said: “I am humbled to have received this honour, which is the highest accolade you can receive from IMechE. Being a Chartered Engineer and Honorary Fellow is rare and highlights how engineering and entrepreneurship are jointly so important to building the UK’s manufacturing base in the face of global challenges.”

Chris is a Deputy Lieutenant for South Yorkshire and was awarded a CBE for services to business, innovation and exports in the 2020 New Year’s Honours. AESSEAL® has twice been named Overall Winner in The Manufacturer MX Awards, which are run in association with IMechE.