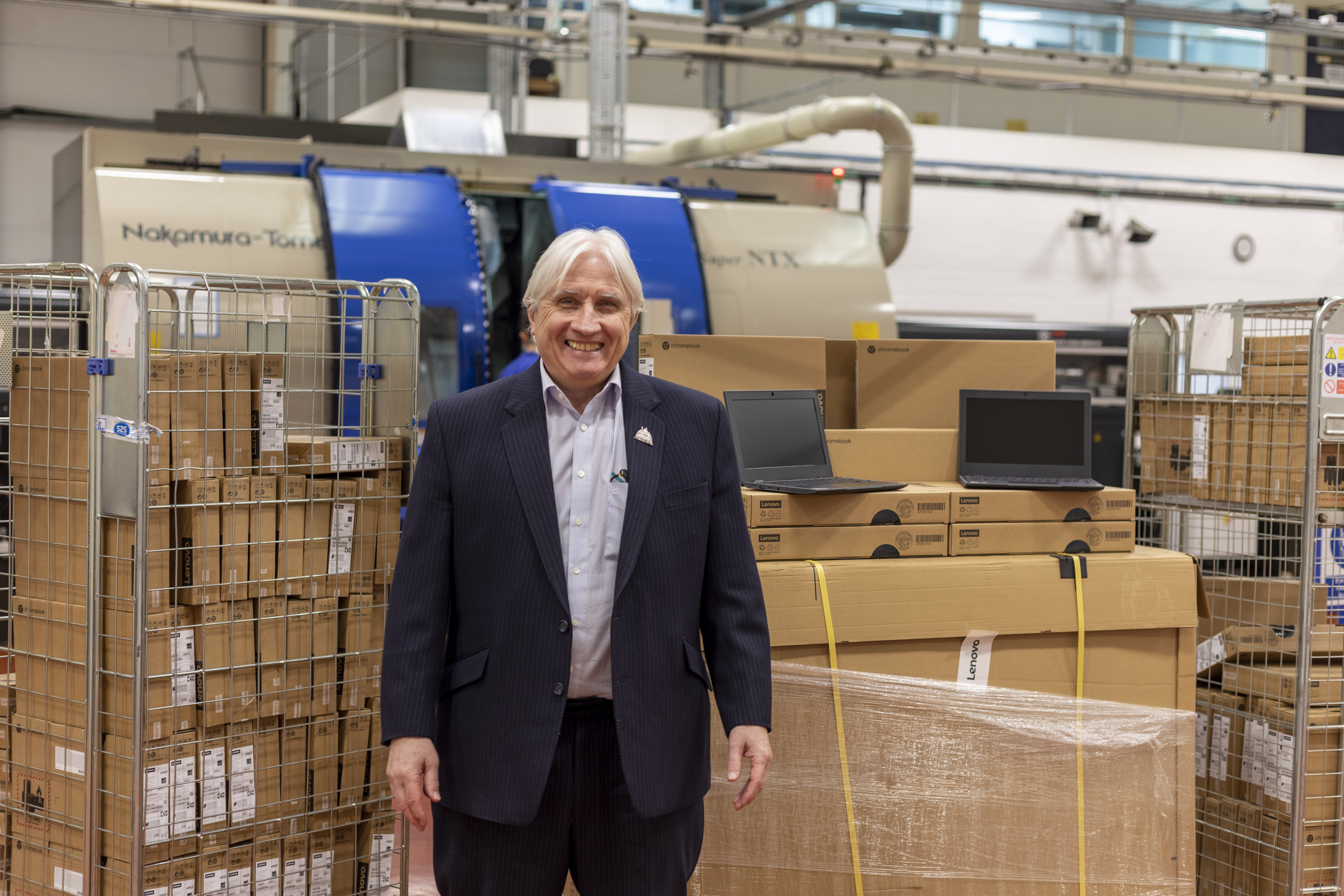 AESSEAL’s boss, Chris Rea, has now put his hand in his own pocket to purchase a further 487 new laptops, as well as donating 99 used laptops from within the business. Along with the original donation this will meet around half of the estimated need for laptops in Rotherham, as well as connecting 10,000 households across South Yorkshire to the internet via dongles.

Working with supplier Wicresoft, who secured the laptops at cost price for the donation, Mr Rea said he believed the Laptops for Kids initiative was hugely important. He said: “I would like to offer particular thanks to Wicresoft who have sold me 487 laptops at cost, for both their professionalism and commitment to the community. We would also like to encourage others to contribute to this initiative as we need an educated and engaged workforce in the future.”

Paul Wike of Wicresoft, said: “Aesseal has been one of our valued and loyal customers for the last 11 years. We have worked in partnership to supply them with IT infrastructure solutions and services, including laptops for their workforce of 1200 people for the last 11 years. When we heard that Chris Rea was donating funds to help children who do not have access to a laptop during the current pandemic, which is preventing them from being able to be educated remotely, we were delighted to assist in such an important and worthwhile cause. We were able to source and supply 487 laptops at cost, with no admin fee from ourselves, to enable Chris to get the maximum number of devices possible with the funds available. It’s fantastic that AESSEAL and Chris are helping so many children in the South Yorkshire and Wicresoft are delighted to be involved.”

Launched by The Star, WANdisco and Learn Sheffield in September 2020, the Laptops for Kids campaign model has now started to be scaled up across the North of England, including Doncaster, Newcastle, and more locations to follow. The estimated need for laptops and dongles is based on detailed survey data supplied by Sheffield schools and extrapolated across Rotherham and South Yorkshire.

AESSEAL is a world-leading designer and manufacturer of mechanical seals and support systems. The company operates from 230 locations across the world and is headquartered at Templeborough.