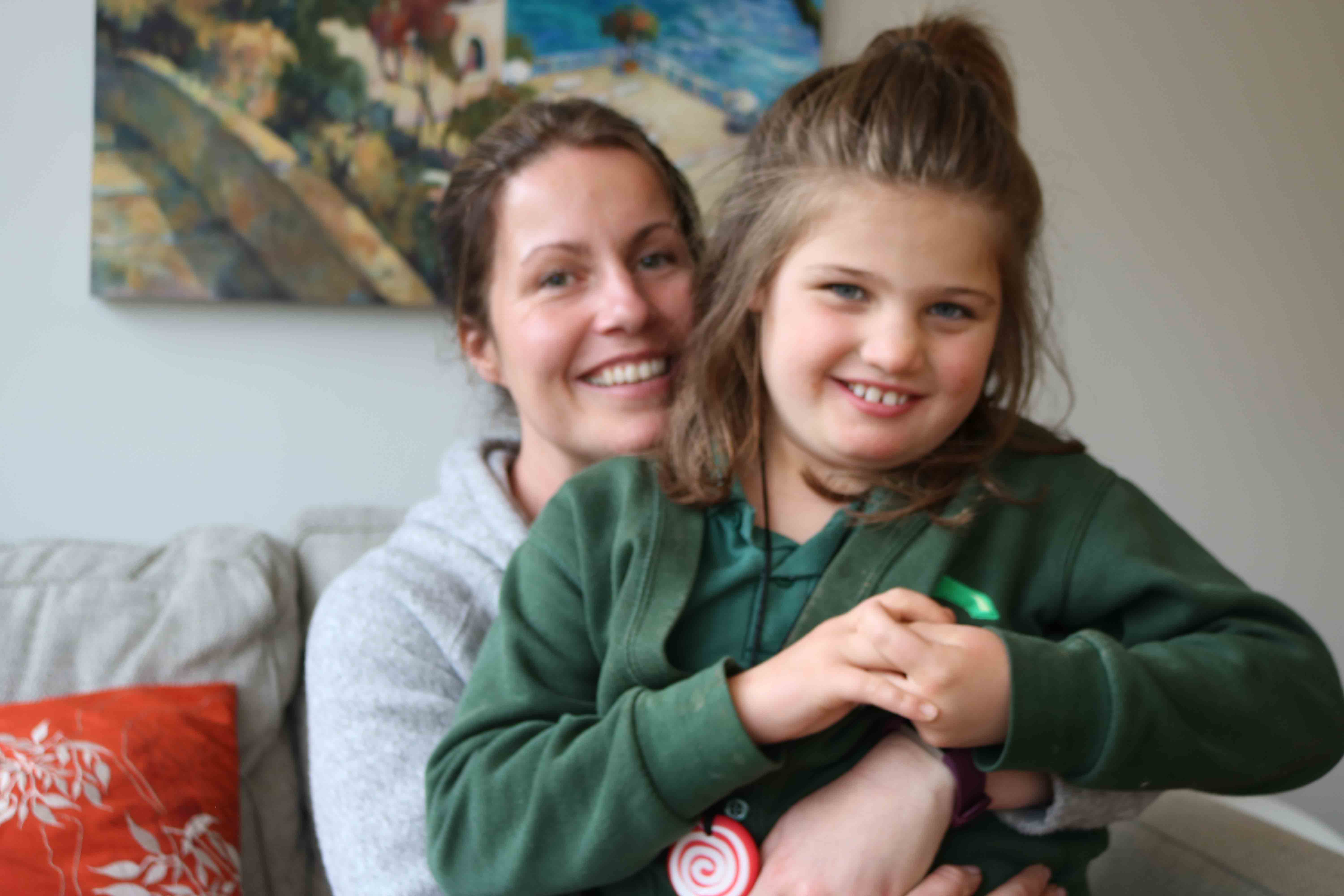 A Barnsley mum whose seven-year-old daughter has a rare genetic condition is striding out in support of the “game-changing” charity which supports her family.

Amy Kitson, 39, from Carlton, is taking on the Sheffield Half Marathon next year in support of Bluebell Wood Children’s Hospice.

Her daughter Emily, who she describes as “the happiest little girl you could meet” was diagnosed with the rare condition Rett Syndrome when she was two-years-old.

The family have since faced many challenges as they learned to live with the regressive condition which can affect physical and mental development.

Emily, who goes to Greenacre School, is now unable to speak and needs round the clock care.

When the family, originally from Hertfordshire, were referred to Bluebell Wood Children’s Hospice last year for respite care, they felt like a weight had been lifted.

“Bluebell Wood is amazing – it feels like an absolute game changer for us,” said Amy, who is a fitness instructor.
“It’s like our northern family. You have that complete trust and feel happy and safe, in the same way you do with your family.

“It’s been great for Emily’s sisters too – Charlotte and Chloe love going there because they can use the arts and crafts, the music and everything else.

“It took us a while to relax at first. You don’t know what to expect to start with, but as you go on you realise how lovely and happy it is. It’s the complete opposite of how I imagined it would be.

“Also, we were not used to someone else looking after Emily. That was difficult to get used to at first but once we did, it was amazing – like a load had been lifted.”

Now Amy, who ran the London Marathon earlier this year with her husband Brian in support of the charity Rett UK, is taking on the Sheffield Half to support Bluebell Wood.

“I always enjoyed health and fitness but I didn’t start running until two-and-a-half years ago,” said Amy.
“Now I just love running. I love being outdoors and you get some headspace – the chance to switch off.

Amy’s not quite sure what Emily makes of her running exploits, but is in no doubt her family will be out in support when she takes on the popular half marathon in March.

“But Charlotte and Chloe have been great supporters of the races we’ve done. They’ve always there screaming and shouting us along and helping us with the fundraising.”

Anna Gott, Community Fundraiser at Bluebell Wood, said: “We’re absolutely delighted that Amy is taking on the Sheffield Half for Bluebell Wood and wish her the best of luck.

“It costs over £4 million to keep our doors open, and with only 10% of this coming from government sources, every penny raised makes a huge difference.”