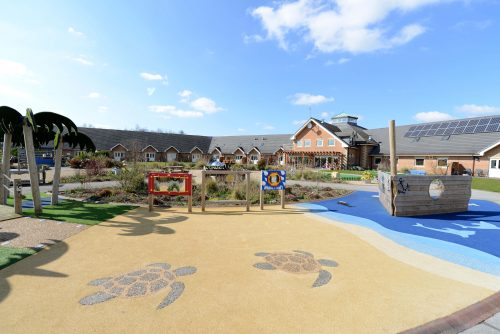 Bluebell Wood Children’s Hospice has welcomed the news that paid leave for bereaved parents is to be introduced in to law in April.

The Parental Bereavement Act 2018, known as Jack’s Law, will give working parents the right to two weeks statutory paid leave following the death of a child aged under 18.

It comes after a campaigning mum from Cumbria helped bring about a change in the law following the death of her son, Jack Herd, just two weeks before his second birthday.

Simon Hills, Chief Executive of Bluebell Wood Children’s Hospice, said: “It is absolutely vital that bereaved parents are given the time, space and support to grieve after the unbearable devastation of losing a child.

“No parent should be forced to make the impossible choice of going to work or grieving for their child with their loved ones.

“By providing a minimum statutory provision for parents, I hope Jack’s Law will help to relieve some of the incredible pressure faced by families who are dealing with such devastation.

“Going forward we would like to see Jack’s Law further strengthened to enable bereaved parents to take leave and payments in periods of time other than a week, to be available to self-employed people and to be made available to parents of young people up to the age of 25.

“We’d like to thank all those who have campaigned tirelessly over the years to bring about this important piece of legislation, and we look forward to it coming into effect this April.”