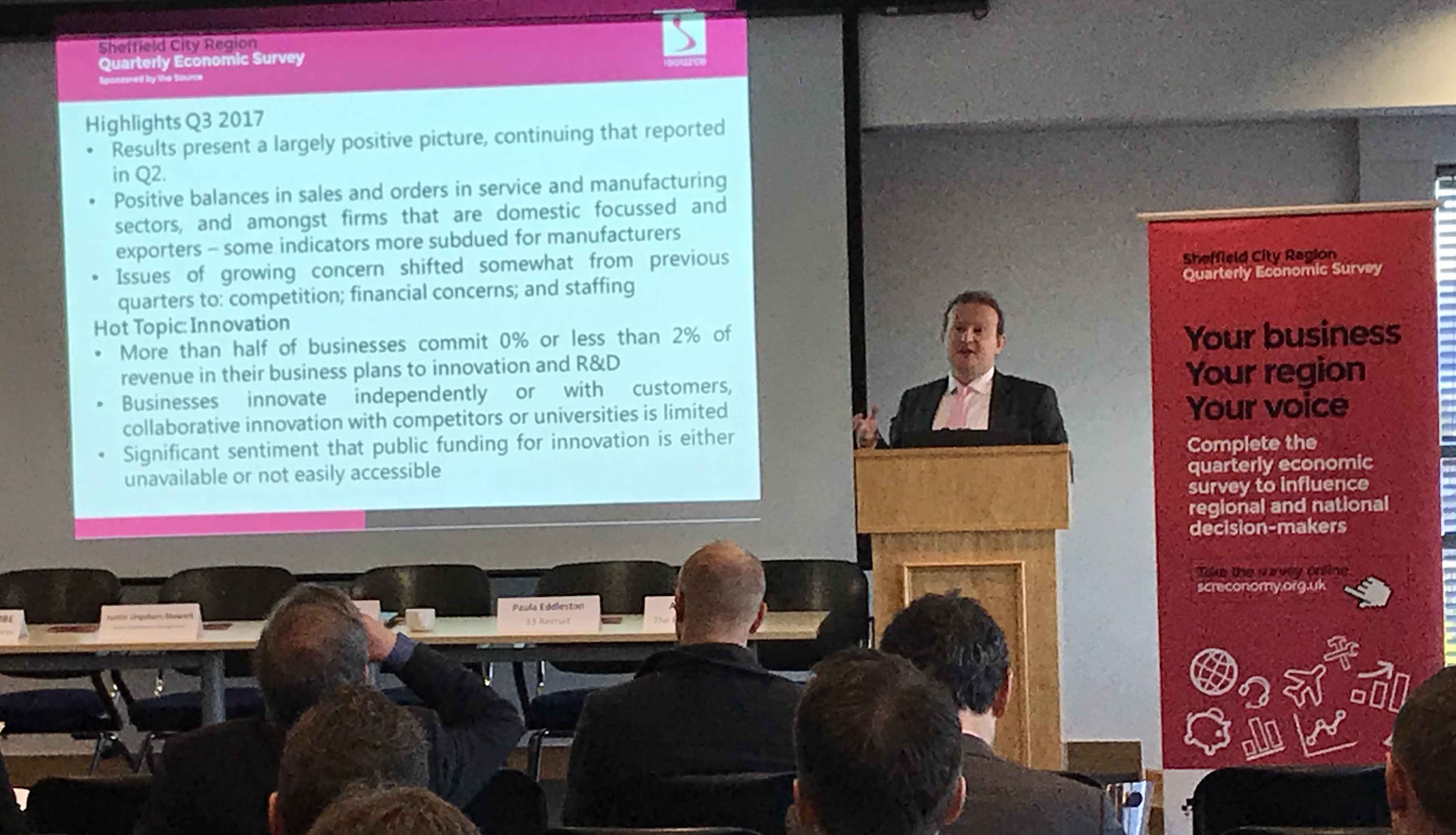 The latest results of the Quarterly Economic Survey for the Sheffield City Region suggests business outlook across the region remains largely positive despite continuing uncertainties surrounding Brexit. Service and manufacturing sector firms, both domestic and export focused, reported positive balances in sales for Q3, and an increase in orders for Q4 2017. Issues of growing concern for firms shifted somewhat from previous quarters, moving to competition, finance and staffing.

Based on the responses of Sheffield City Region businesses the survey showed that on balance service firms reported a similar positive position for UK sales to the previous quarter, but for manufacturing firms the balance had further improved. Export sales increased for firms in both sectors from the last quarter with a further rise in orders expected over the next three months.

Service sector firms expected the price of goods and services to rise over the next three months, whilst for manufacturing firms an increase was still expected albeit this sentiment had declined from the previous quarter, and compared to this time last year. In terms of what is driving this expected increase in prices, service firms remain most affected by other overheads, while manufacturing identify raw material costs as the biggest source of price pressure.

Firms across the city region are looking for further business support to enter new markets and to develop the skills of their workforce.

Both sectors reported a slight increase in difficulty recruiting compared to the previous quarter, and more so compared to this quarter last year. More service sector firms reported an increase in their plans for investment over the last three months than a decrease, with this also the case for manufacturing firms. Balances in this respect are much more strongly positive than the position in Q3 2016.

“Whilst uncertainty surrounding Brexit persists, the results for this quarter for firms across the Sheffield City Region paint a largely positive picture, continuing the trend from the previous quarter. Looking beyond Brexit other challenges remain and are emerging for firms across the City Region, including any implications of the Bank of England’s decision to raise interest rates. Nevertheless, the City Region’s firms are also looking to grasp new opportunities, to innovate and to enter new markets, and are looking to access support to do this”

The results of the Quarterly Economic Survey – run by the Sheffield City Region’s four Chambers with the support of the Local Enterprise Partnership, Growth Hub and Sheffield University Management School and sponsored by The Source – are used to keep abreast of current business sentiment and influence decision makers accordingly. The survey is part of a national survey coordinated by the British Chambers of Commerce to act as an economic indicator for the Bank of England and to advise Whitehall.