College students cause a storm 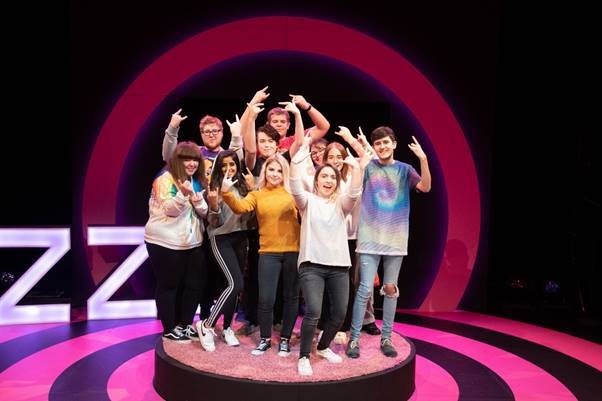 College students cause a storm

The production, exploring Teen Britain in the 21st Century, has taken two years to produce and features audio from 800 young adults who were interviewed across the country, as well as a thread through one of the voices of the young people in the show that is Barnsley specific, ensuring Barnsley’s story is told on a national scale.

The performance uses the words and opinions of young people in an attempt to ask what it actually means to change the world, touching on a variety of subjects from social media and body positivity, to politics and education.
Catherine Fowles, Producer at Zest Theatre, said: “The young people are the backbone of the performance; if we didn’t have the young people then we wouldn’t have a show. Barnsley College’s involvement has been a pinnacle of making the show happen in Barnsley.

“The team at Zest are really impressed by the students’ progress, their performative journeys have just been incredible.”

Considered a particularly contemporary performance, Youthquake has proven its prominence with a range of audiences as adults have responded strongly, sharing the show’s ability to alter their perceptions and how they teach or parent.

Catherine added: “We’re really pleased that it speaks to all age groups, even if it was originally made for young people.”