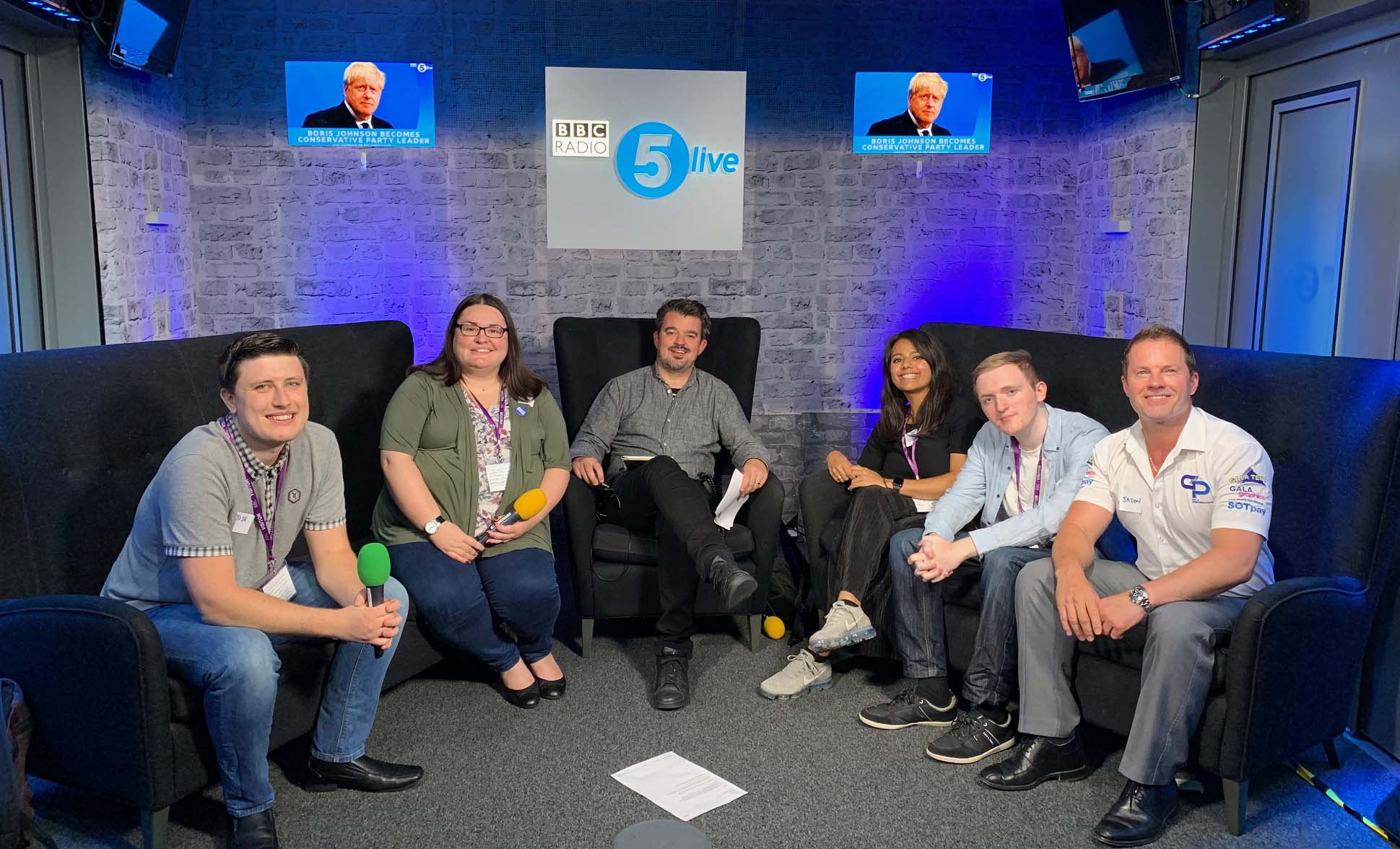 Gala Tent managing director Jason Mace was recently invited to sit on a BBC 5 live panel, hosted by Chris Warburton, to discuss Boris Johnson as the new Prime Minister of the United Kingdom, and tackling the country’s most pressing issues.

When asked his feelings on the newly elected PM, Mace said “I think he is a round peg for a round hole. It’s good news, as we now have a clear message and a clear positive plan of action. There are some great opportunities for building trade deals in other countries outside of the European Union. For example, over 20% of our imports are from China and a deal could reduce duty fees, which would also bring down the VAT element, which is added on top of duty. The UK is aching for deal with the USA. This would be an amazing opportunity for UK business, and one I really want to see. There are also opportunities in India and the United Arab Emirates. These deal alone can trump anything we have in Europe right now.”

Amy Green said, “I think the deal May did will be improved upon and the back-stop issue will be sorted. We have the technology in place, and we have a lot of talented people in place to leave the EU. EU leaders are contacting Boris to say they are open to discussed to resolve the issues.”

Josh Broadhurst added “Angela Merkle has already said quite publicly now, that if the UK can find a solution to the Irish border before the 31st October that they can add to the political declaration in both sides they can drop the back stop. If she is saying that it does beg the question of this being possible.”

James Campion said on the matter, “The truth is we are not going to find a solution before the 31st October because there isn’t a solution. There isn’t a single solution that can get that border to work outside the European Union.”

Alicia Jumna said “I feel like people run away with Boris because he is so optimistic by what he’s saying, and people say Yeah! He is going to do this by the 31st.

On the recent news of the £2bn investment to get ready for leaving the EU, Mace said. “It seems to me like a good investment, looking at your county as a business your investment is for two billion pounds to save thirty-seven billion surely that stacks up right. So, how much does UK business have to turn over to make thirty-nine billion pounds? The answer to that equation is 2 Trillion pounds. So, to me this makes complete commercial sense.”

Mace also added, “Europe is quite saturated right now with copycat companies and products. It is certainly not a blue ocean to go fishing in, and the UK needs new markets to fish in. Let’s cast the net wider, and in doing so, support Boris and his optimism.”

“I don’t see a problem with Brexit. For me, in business there is always a positive in any situation. If you’re looking for the negatives, then of course you will find them. I believe there will be a lot of commercial opportunity after we leave the EU, even if there is no deal reached, and I fully intend to grab those opportunities for my business.”

Founded in 1999, Gala Tent has grown to sell over 15,000 tents and marquees each year, along with around 90,000 event accessories and furniture products in the UK.

In the UK, Gala Tent is a preferred supplier for organisations including the military, NHS, the South Yorkshire Fire & Rescue Service, South Yorkshire Police Service, St John’s Ambulance and AA, as well as to thousands of business and homeowners nationally.

Recently Jason Mace launched his first entrepreneurial book Event Industry Boss: The Secret to Becoming Successful in the Event Industry. Combining anecdotal glimpses into Mace’s twenty years’ experience in the event industry, with self-help manual and a series of interviews and case studies with followers of Jason’s methods, the book has been an instant hit with budding business owners, with one reader using Jason as a case study for business success in their own entrepreneurial journey.