Glu Recruit announces the winner of the Office Heroes Awards 2019 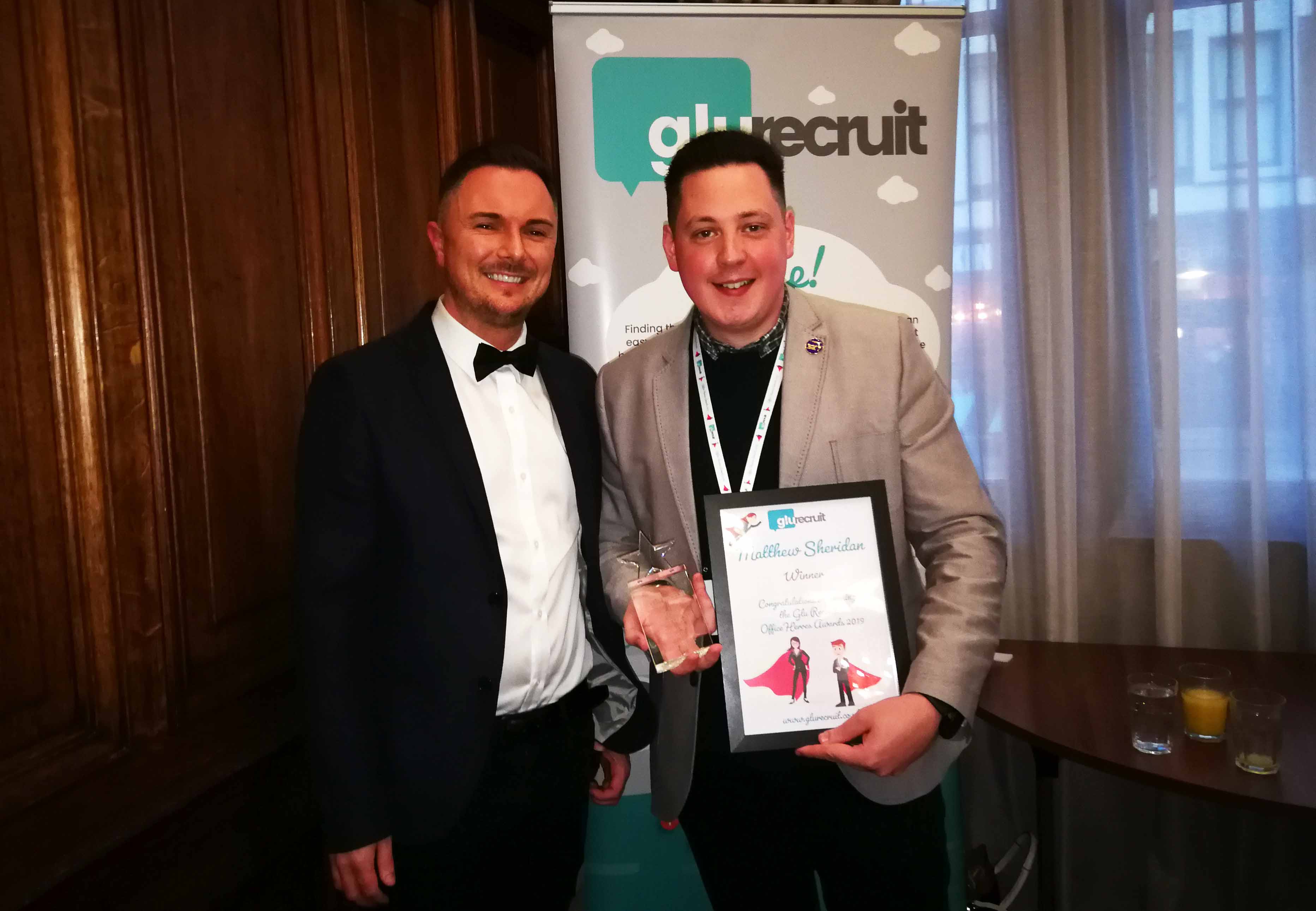 Glu Recruit announces the winner of the Office Heroes Awards 2019

The awards were set up in 2018 to recognise employees who go above and beyond to help make a real difference to Sheffield City Region based companies, and with a record number of nominations at this years event, the ten finalists and their nominators were invited to join in the celebrations to find out who would be crowned the Office Hero for 2019.

Whilst there was one overwhelming choice for the winner, the highly commended places were hotly contested between numerous finalists.

The overall winner was announced as Matthew Sheridan of Bluebell Wood Children’s Hospice, who was nominated by numerous colleagues and wowed the judges with his total commitment to helping brighten up the lives of the children in the Hospice.

David Hall, one of Matthew’s nominators at Bluebell Wood comments: “Matt has brought with him a way of working which lifts the mood of the entire team, he is dedicated, committed and driven in everything he does. He is very uplifting in an environment that can at times be quite challenging and thoroughly deserves being crowned the 2019 Office Hero!”

Rob Shaw, MD of Glu Recruit adds: “We’re delighted to see such a worthy winner of this year’s top prize at our Office Heroes Awards. It’s plain to see that Matthew makes such a difference to his workplace, not just to his colleagues but to all the children at the Hospice as well.

“In such a challenging environment, he really is a ray of sunshine to his employers, from dressing up and performing as Baby Shark for the children, through to his dedication in helping to secure new funding support for the families, children and young people at the Hospice.”

Matthew Sheridan of Bluebell Wood Children’s Hospice comments about his award: “I am absolutely blown away to have won the Glu Recruit Office Heroes Awards 2019! It really is overwhelming to receive such praise from my colleagues when doing the job that I love with a group of people that I think so much of. Huge congratulations to everyone else that was nominated, you are all brilliant!

Rob Shaw concludes: “We set up the Office Heroes Awards to shine the spotlight on employees who work tirelessly for their organisations behind the scenes, people who are an integral part of the business but may not necessarily get the public recognition they deserve.

“We’d like to congratulate all of our finalists, as well as everyone who was nominated by their colleagues that didn’t make the final shortlist. The calibre of entries this year was extremely high and to us, each and everyone one of you are office heroes and winners in your own right!

“Finally our thanks also go to our co-sponsor of the event, unLTD Business and to our wonderful panel of judges who have all given up their time to shortlist make the difficult decision on choosing the winners, highly commended finalists and the special mention award – they got it spot on.” 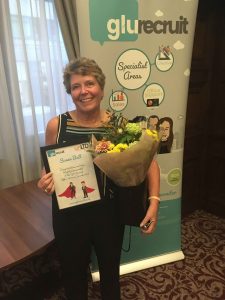 The winners in full:

For more information about the Office Heroes Awards, contact Glu Recruit on 0114 321 1873 or email officeheroes@glurecruit.co.uk.