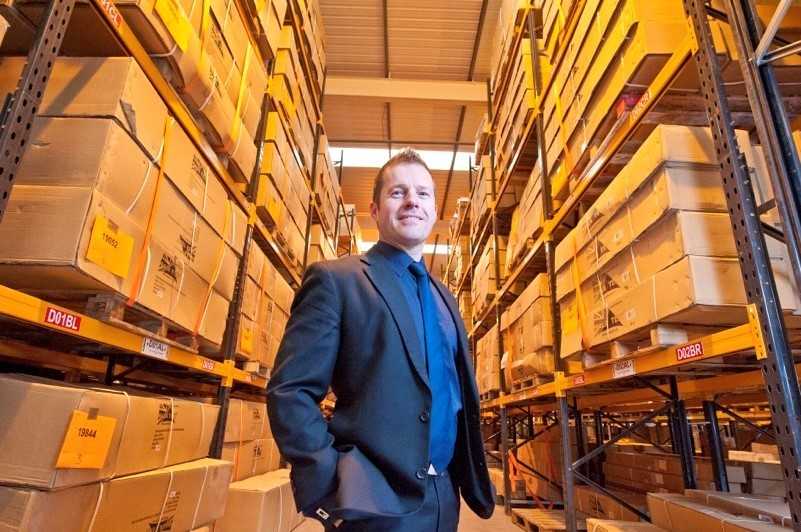 When the nationwide lockdown was brought in back in late March as a result of the global Covid-19 pandemic, the owners of South Yorkshire based firm Gala Tent – the UK’s leading supplier of recreational and commercial marquees and gazebos – had good reason to be nervous. Industries which would often be the lifeblood of the firm were closed for an unknown period of time. Industries such as events and festivals, hospitality, motorsport and outdoor retail were suddenly in hibernation, but for companies like Gala Tent there were no mandatory shutdowns, only promises of furlough cash to help the survival of the firm during the crisis. The management team refused to panic, however.

Gala Tent owner Jason Mace said of the uncertain times, “There were plenty of other firms and individuals in the same boat as us. Too successful for some financial concessions, not successful enough for others, and of course insurance covered very little, so we had to remain open. We’ve always battled whatever the concern maybe, either competition or recession, and we’ve always won.”

The first month of lockdown was particularly brutal for the firm. Mace, alongside co-owner and brother-in-law Mark Thompson, were forced to furlough a majority of the workforce, retaining a small skeleton team and themselves working shifts in the distribution centre for zero wage to ensure the business stayed alive. Behind the scenes, the team working from home spent their time pivoting their strategies to reflect the current climate, and quietly set about improving the business operation to prepare for when life might return to normal.

Mark Thompson said, “You do what you have to do to survive. We spent the early years of the company doing just that, working all hours for no wages, to build it up to what we are today. Nobody at Gala Tent is scared of a little hard work.”

As May arrived, the work the team were doing began to pay dividends, with marquees and pop up gazebos suddenly taking on new purposes as mobile and drive through testing centres. By June, many of the staff were able to return to work to keep up with the steady increase in demand. As shops, pubs, bars, and schools were beginning to plan a future, the tents were again re-purposed as highly effective social distancing tools. Mobile building extensions to allow more customers in, or to provide a shelter for those patiently waiting outside. The company broke many online records in June, including receiving the biggest ever monthly web traffic to the site, but that was nothing compared to July.

Marketing Manager Ryan Bracha said, “We’d been working incredibly hard behind the scenes, improving the tiniest aspects of what we do. Not a minute of lockdown or working from home has been wasted. We knew there would eventually be a boom after lockdown, but we didn’t expect it to be so strong, so quickly, and from a completely new market.”

In July, only FOUR months after Prime Minister Boris Johnson locked down the country in an effort to stem the flow of the coronavirus outbreak, Gala Tent staff processed £1.1m of orders. In the process, the firm posted a massive 34% growth versus last July and had a further 25% increase in traffic to the website, all as a result of Mace and his team’s unwillingness to roll over.

Mace said, “It’s amazing. It’s a credit to my team that we were all able to pull together when things were at their most uncertain and keep the ship steady. It’s important to have that confidence that if a crisis occurs and you find all roads closed off, you know you can head off road and find success on your own terms.”

Founded in 1999, Gala Tent has grown to sell over 15,000 tents and marquees each year, along with around 90,000 event accessories and furniture products in the UK.

In the UK, Gala Tent is a preferred supplier for organisations including the military, NHS, the South Yorkshire Fire & Rescue Service, South Yorkshire Police Service, St John’s Ambulance and AA, as well as to thousands of homeworkers and homeowners nationally.