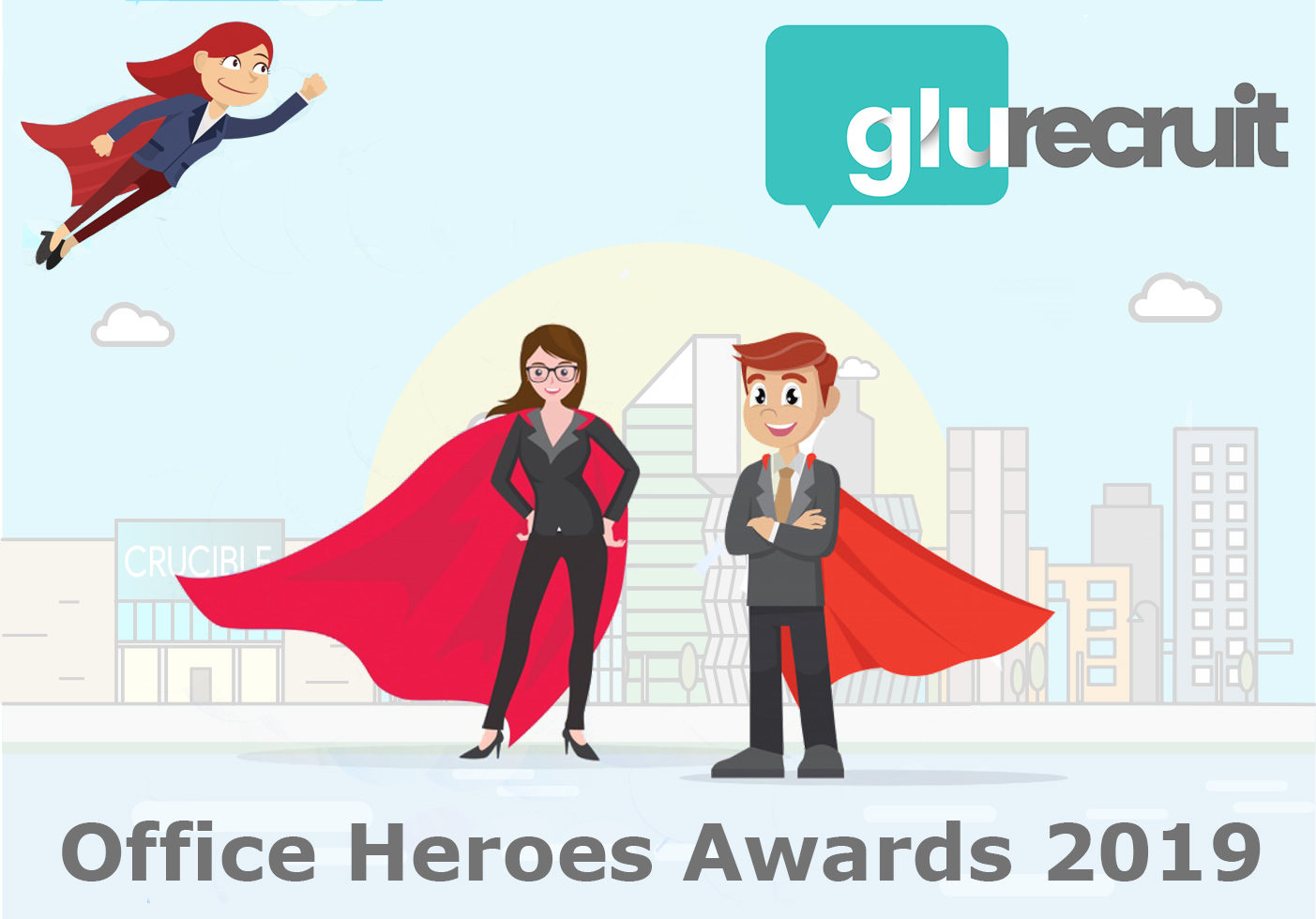 The shortlist for the Glu Recruit Office Heroes Awards 2019 has been announced.

Businesses across the Sheffield City Region were encouraged to enter their office hero into the awards ceremony, which celebrates individuals who make a real difference to their place of work.

With over 30 individual nominations, an independent panel of judges consisting of Phil Turner of unLTD Business (who are the co-sponsor for the event with Glu Recruit), Ashlea McConnell of MK PR, Craig Batham of Connect Yorkshire, James Biggin of Steel City Marketing, Brendan Hall of Hallmark Branding and Jill White of Andy Hanselman Consulting, spent an afternoon deliberating who should make the final shortlist.

With so many excellent applications received, the judges made their decisions which we are delighted to announce as follows:

We’d like to extend a big congratulations to everyone who made it on to the final shortlist, as well as to everyone else who took the time to enter the awards. We have so many office heroes out there who all deserve recognition in their own right!

All shortlisted nominees, along with their nominator are invited to the awards ceremony, consisting of afternoon tea and entertainment, taking place at the Leopold Hotel in Sheffield on Friday 29th November 2019, where the overall winner will be announced.

If you would like further information on how you can get involved in the 2020 Office Heroes awards please drop us a line on 0114 321 1873 or officeheroes@glurecruit.co.uk.