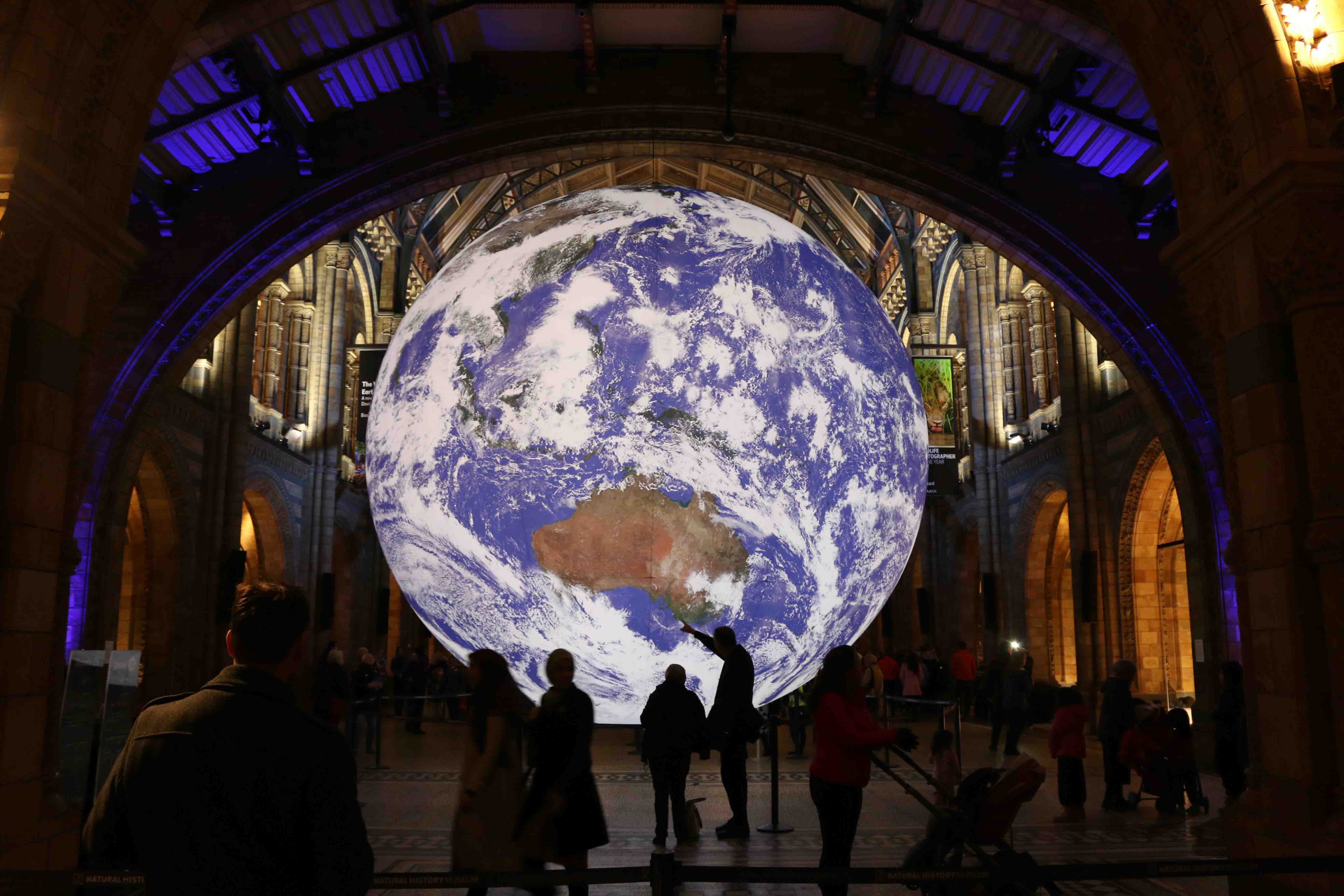 Wentworth Woodhouse is about to take on the world…

Its majestic Marble Saloon is to be the setting for an awe-inspiring artwork – a giant, glowing model of planet Earth, as seen by NASA from space.

Gaia Earth, an exact, scaled replica of our planet, arrives at the Grade I listed stately home in Rotherham this weekend – marking the first time the touring artwork by celebrated UK artist Luke Jerram has ventured to Yorkshire.

Measuring seven metres in diameter, Gaia is 1.8 million times smaller than the real Earth. Each centimetre of the internally-lit sculpture details 18km of the Earth’s surface.

Gaia will be brought to life as it rotates every four minutes – 360 times faster than our real planet – to a spine-tingling composition created by BAFTA and award-winning composer Dan Jones.

By standing exactly 211m away from it, the public will be able to see the Earth as it appears from the Moon.

Gaia – the personification of the Earth In Greek mythology – is being brought to the stately home by the Wentworth and Elsecar Great Place project as part of its We Wonder Noir night-time art festival, which takes climate change as its theme.

Luke Jerram, artist and creator of Gaia, said: “The first time humankind got to see the Earth in its entirety was in 1972 with NASA’s Apollo 17 mission.

“Visitors to Gaia get to see the earth as if from space; as an incredibly beautiful and precious ecosystem. A place we urgently need to look after – our only home.

“It was made to communicate a sense of the fragility of our planet. We urgently need to wake up, and change our behaviour to prevent runaway climate change.”

Sarah McLeod, CEO of Wentworth Woodhouse Preservation Trust, said: “We are privileged to have this amazing artwork with us for three weeks and urge people to come and see just how wonderful and precious our planet is.

“The setting seems very fitting. Gaia brings an incredibly powerful message of appreciating what we have and working together to preserve and conserve for the future.”

People going to As the World Tipped, a spectacular outdoor theatre production being staged outside the house on November 9 and 10, can see Gaia first.

Their tickets to the performance, which tells the story of climate crisis through dramatic film, visuals and aerial performance, give them entry to Gaia on November 3, 5,6 and 7 (6-8pm).

There are also free evening viewings from Thursday to Sunday Nov 14 to 17 and 21-24 (6-8pm). And everyone booking a tour of the house interior from November 3 to 25 will get to gaze at Gaia as they pass through the Marble Saloon.

Tickets for WE Wonder Noir (£12.50 adults, £5 for children 4-16, family tickets £30) and free tickets to Gaia are available through Eventbrite